It's been over ten years since the last of the Half-Life 2 episodes came out. Watch for lots more articles on the internet about the anniversary. And after 10 years of silence from VALVE, can we expect Half-Life 3 to arrive on time in March 2020? We sure hope so. Valve's Half-Life 3 is probably one of the greatest retro games that never was. It rates up there with escapes from the Bermuda Triangle.

Stop the press. We can't believe it either. Valve has finally announced the sequel to Half-Life 2. It is Valve, it is SteamVR, it is Half-Life; Half Life: Alyx. The announcement came from a newly created Twitter account, but it is claimed to be official. Full details are given on the Half-Life homepage. Forget about old school press releases, Valve is a company that does it differently. It used to be a very quiet, almost introverted, consumer organization. And then boom, an avalanche of news and information has been cascading out to the gaming community. And we can expect many more leaks to come.

Please note that youtube and the video publisher have not endorsed this article. The video is served directly by YouTube. Please read YouTube's privacy and copyright policy. The opinions expressed may not reflect the opinion of this site.

The announcement has already created huge controversy as Half-Life: Alyx is clearly driving the VR, or virtual reality, technology very hard. But there has been an outcry from the loyal fanbase hoping for a standard 2D version. Comments like, "… please think of the other 99.62% of the user base," and "what a shame valve, We don't want VR, we want [a] cool and normal game."

The VR-haters clearly miss the point. Half-Life has always been used as a tool to push technology. Back in the day of the dinosaurs, I had to buy a bigger graphics card just to play HL2 when it was release. Those same Twitter-complainers would have been up in arms then too, if Twitter had been around, about a game for the masses. Well, I say grow up. Half-Life: Alyx is going to be the killer application for VR gaming, and more specifically SteamVR. Valve has said in its marketing material that "VR was built for the kind of gameplay that sits at the heart of Half-Life". In very clear terms, Half-Life: Alyx was built from the ground up for VR. The release may also be an attempt to respond to the industry heavyweights, Oculus and Sony, that release lock-in titles to their own platforms. Valve has taken an alternative approach with an all-welcome response to playing Half-Life:Alyx. This is just as well as it has been reported that Valve's Index VR headset sold out in stores following the Half-Life:Alyx reveal. The Valve Index equipment is also orientated towards the North American market and it not available in all established markets.

The steam Half-Life: Alyx store page describes Alyx as Valve's VR return to the Half-Life series. Playing as Alyx Vance, you are humanity's only chance for survival. The release date is set for March 2020. Unfortunately, Valve Index is reported as not available in all countries yet.

This is just as well as it has been reported that Valve's Index VR headset sold out in stores following the Half-Life:Alyx reveal.

The Half-Life:Alyx story takes place between the original Half-Life and the Half-Life 2 story. The Earth has already been invaded by a nefarious alien race called the Combine.

Playing a female in a VR game

This point was possibly missed in the stampede to announce a new edition of Half Life. The protagonist is the female character, Alyx. Marketing agents have been saying for years that products are being created for a male orientated world. This, apparently hyper-violent, first-person shooter will be played with a female lead. But remember, VR games are about giving players a totally immersive gaming experience. That means that male players will be entering a virtual cross-dressing environment.

Attribution: HL2 Lamdba logo served by Wikimedia Commons and attributed to Valve Software [CC BY-SA 4.0]. HL2-counter developed by Lorenz Leitner and adapted for this page. Attribution holders have not endorsed this article. 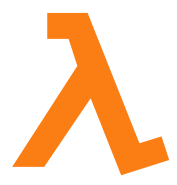 Some of us missed half-life as the Commodore Amiga at the time. Unfortunately, the Commodore Amiga and First-Person Shooters (FPS) do not mix. Eventually everyone turned to the dark side and supported the Wintel franchise. After a major upgrade in 20014 with an investment in a decent video card the author purchased Half-Life 2. And fell for it in a big way. In doing the same, many gamers unwittingly became a convert to Valve's Steam distribution service.

Most player's biggest confession, and shhhh I will only whisper this, is that they used games cheats to finish these very difficult games. That is maybe not as bad as it would first seem because it was the story line and the characters that people really enjoyed so much.

Half-Life 2 is still such a masterpiece of gaming and it's a crime that we will never see the conclusion we were promised more than 10 years ago.

Please note that Twitter and the tweet author(s) have not endorsed this article. The Twitter publishing platform has provided the format and details for these tweets. Please read Twitter's privacy and copyright policy. The opinions expressed may not reflect the opinion of this site.

As always, there is an excellent write up of the Half-Life franchise in Wikipedia. Half-Life became the starting point for many items. Starting with the story development of the protagonist Gordon Freeman. The game also forced players to install the Steam content management system fronted by steampowered.com. Half-Life 2 was both a critical success, described as one of the best videogames of all time and huge commercial success, listed as one of the best-selling videogame franchises of all time.

There have also been numerous short films and fan content developed on the Half-Life story.

I am Captain Kirk
book review